August 1 to 7 was Dental Health Week and the aim of this year's annual campaign is to remind the public of the importance of wearing a custom-fitted mouthguard during sport matches and training.

Sporting accidents are the most common cause of preventable dental injury.

The use of a mouthguard can help to absorb and spread the impact of a blow to the face.

Interestingly, at Geelong Smile Studio, the most common dental emergencies resulting from trauma occur not so often during the actual sporting match, but at training, when mouthguard usage is sometimes perceived to be less important.

There are many types of mouthguards available in Australia, ranging from the over-the-counter mouthguard, to a professionally-fitted custom mouthguard made by a dentist.

Not surprisingly, the Australian Dental Association (ADA) prefers the customised mouthguard, citing studies reporting that the degree of protection offered by the 'boil and bite' mouthguard to be only slightly better than wearing no mouthguard at all.

Mouthguards should be worn whilst playing and training any sport where there is potential for contact to the face.

These sports include football, netball, basketball, hockey, skateboarding, snowboarding and skiing, to name a few.

Using the principles of neuromuscular dentistry, these dentists are trained to provide performance mouthguards which precisely position an athlete's jaw into a stable position.

Athletes wearing performance mouthguards have been found to have improvements in strength, flexibility, balance and endurance.

Athletes across the world who have taken up this technology include golfers, swimmers, Olympic downhill skiiers, triathletes, footy and soccer players and baseballers.

Performance mouthguards have already begun to infiltrate our elite AFL teams such as Geelong, Essendon and the Gold Coast Suns, along with several rugby teams.

So improve your family photos, prevent a lifelong legacy and wear a performance mouthguard.

Tweet
Tags:
Mouthguards
What to do if a Tooth is Knocked Out
Teeth Whitening by your Dentist 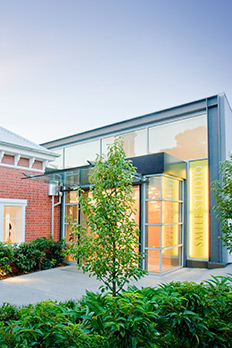