IN THE first two parts of this healthy living series, Dr. Alison Robinson from Geelong Smile Studio has been discussing Obstructive Sleep Apnoea (OSA) in adults.

In part three, she also reports that sleep disordered breathing may also occur in children.

The diagnosis of sleep issues in children is more difficult than in adults.

Night time symptoms suggestive of signs of possible airway and sleep disorders in children include a louder breathing noise rather than a distinct snoring as in adults, poor/restless sleep patterns, teeth grinding, mouth breathing, increased sweating and bed wetting.

Obesity is only occasionally a significant factor.

Daytime symptoms include disturbances in concentration, decreased performance in school, and only occasionally daytime sleepiness.

Another study found that children suffering from OSA have on average a 10 point decrease in Intelligence Quotient (IQ) than those without OSA.

If your child with OSA has an Einstein like IQ of 150, a 10 point drop is not a major issue.

However, if your child is of average intelligence (IQ 100) then a 10 point drop in IQ to 90 is significant.

The most common cause of airway issues affecting sleep in children is enlarged tonsils and adenoids.

Your dentist trained in sleep medicine will be able to advise you as to whether your child's tonsils are excessively large.

The detection of enlarged adenoids requires the expertise of an Ear Nose and Throat (ENT) specialist.

Patients of Geelong Smile Studio are routinely screened for the signs of possible airway issues within the mouth and a detailed history is gathered.

A prompt referral to an ENT specialist is provided to eliminate the possibility of airway issues adversely affecting sleep, growth and development.

We have received numerous positive reports from parents of children whose lives have changed for the better since the detection and treatment of their airway issues.

If you suspect that you, your partner, or child may be suffering from airway issues possibly resulting in OSA, or you would appreciate a holistic and comprehensive dental examination you can arrange an appointment at Geelong Smile Studio by calling (03) 5221 6610. 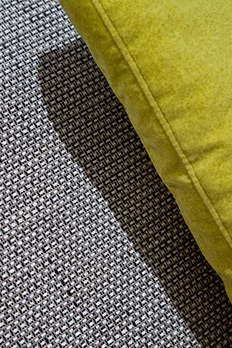