Snoring is not cool, it is not normal and it can be a very serious medical issue that requires medical attention.

Snoring occurs when there is partial obstruction and subsequent vibration of the soft tissues at the back of the throat.

Snoring has been reported to affect some 40 per cent of the adult population and it is a major red flag.

In an alarming 40 per cent of snorers, it could be an early sign of Obstructive Sleep Apnoea (OSA).

Patients with OSA actually stop breathing, yet they are trying to breathe.

As a result, there is no airflow of oxygen.

Oxygen levels can become lowered to the point where your brain tells you to wake up and take a breath, (often with a long, loud gasp) before the cycle repeats again.

In these cases, often, the snorer does not even know that they have awoken.

Since Geelong Smile Studio has commenced screening for OSA, we have found some people repeating this stop-wake-up-breathe cycle up to 100 times per hour.

One patient was referred to a medical sleep specialist and was confirmed whilst sleeping to be obstructed from breathing for up to 60 seconds at a time.

Try doing that whilst awake!

Furthermore, if your body has been fighting to get oxygen all night, do you think it has rested?

Some frightening statistics on OSA

Some signs and symptoms of OSA 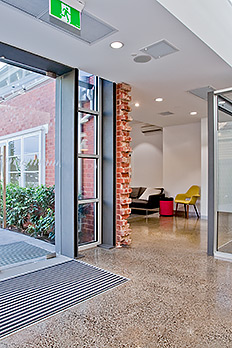